KUALA LUMPUR : A new policy announced by Prime Minister Ismail Sabri Yaakob on bumiputera equity has come under fire, with critics charging that it would do little to foster social mobility.

Datuk Seri Ismail on Monday (Sept 27) said that bumiputera shares can be disposed of only to other bumiputera stakeholders, justifying the move as an effort to protect bumiputera equity in the country.

The National Economic Policy (NEP), which was introduced in 1971, set a target of increasing bumiputera equity to 30 per cent of national wealth by 1991.

On Monday, Mr Ismail said bumiputera shareholding stood at 17.2 per cent as at 2019, with 25 per cent in the hands of non-bumiputeras and 45.5 per cent held by foreigners.

Opposition leaders have called for a new approach to empower bumiputera interests in Malaysia – after four decades of affirmative policies failed to meet initial targets.

The debate over equity policy had begun even before Mr Ismail’s announcement, after the Finance Ministry in January asked local freight forwarding companies to comply with a long-delayed rule of having 51 per cent bumiputera equity to obtain a Customs licence by December this year. The matter came to light last week when the freight forwarders federation sought clarity from the government on the rule with months left for the deadline. 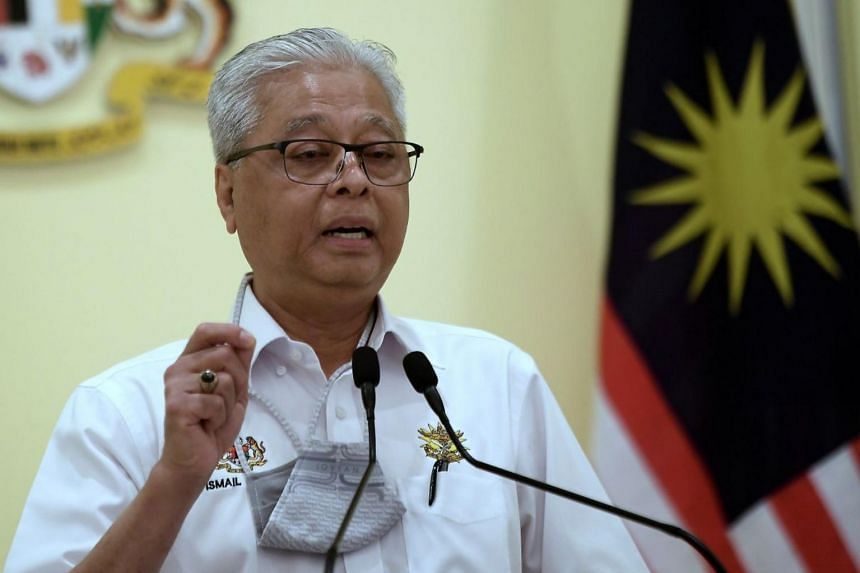 Prime Minister Ismail Sabri Yaakob said that bumiputera shares can be disposed of only to other bumiputera stakeholders.PHOTO: THE STAR/ASIA NEWS NETWORK

The owners of the companies then expressed concerns about finding bumiputera investors to cede control of their companies at such short notice. The owners also said that the logistics sector in Malaysia would be disadvantaged as foreign companies were not subject to such regulations, which might lead to some freight forwarders shifting their base of operations to another country.

On Tuesday in Parliament, Finance Minister Tengku Zafrul Aziz acknowledged that enforcement of the rule – first mooted in 2015 – would be delayed by another year to end-2022 while Teraju, the government’s bumiputera agenda unit, studied the matter.

Mr Ismail, in tabling the 12th Malaysia Plan – a five-year development plan that is also Malaysia’s biggest to date – said that the median income gap between the bumiputeras and Malaysian Chinese widened by four times over the last 30 years.

He also announced that every ministry would set up a separate division to fulfil the agenda of raising the bumiputera share of the country’s wealth.

He also said the new rules were unfair as they would be tantamount to taking equity from non-bumiputeras and giving them to bumiputeras.

“Where is the fairness? It’s like we prioritise foreigners compared to Malaysians just because they are not born as Malays and Muslims,” Mr Syed Saddiq said.

Opposition leader Anwar Ibrahim was similarly critical, saying such rules would benefit only select elites. He pointed out that such policies had been pursued since 1971, and while the social mobility of bumiputeras increased, equity benefited only “crony companies”.

Many bumiputeras are poor, with the Department of Statistics saying that they make up 73.6 per cent of the so-called B-40 group or those in the lowest-income group.

By : Ram Anand – THE STRAITS TIMES