COUNTY MAYO, IRELAND : During century after century of occupation, bloodshed and poverty, the Irish people kept their spirits up by creating and then dancing atop soundwaves.

This year, as they celebrate 100 years of hard-fought independence from Great Britain, they are aware of the massive role that home-grown Gaelic music and dancing played in helping them survive generations of hardship, including the ongoing pandemic.

Growing up in Perth, my Irish parents regularly played Gaelic tunes in our house. They were a cheerful reminder of our ancestral homeland, some 15,000km away.

Yet I also clearly remember being confused and concerned at my mother’s reaction to a song performed by the Wolfetones, an Irish folk band. Her body stiffened, her face creased and finally, she began to cry. In that moment, this made no sense to me. The tune being played was sweet and gentle.

When she regained her composure, she read me the final verse of this song, Dying Rebel. “My only son was shot in Dublin, fighting for his country bold. He fought for Ireland and Ireland’s glory, the harp, the shamrock, the green, white and gold.”

For the past 60 years, that sombre song has been performed countless times by countless bands across Ireland. It recounts the mayhem and murder that blanketed the Irish capital in 1916 and paved the way for Irish independence. Known as the Easter Uprising, it saw Irish nationalists launch an armed revolt against the British forces in Ireland. 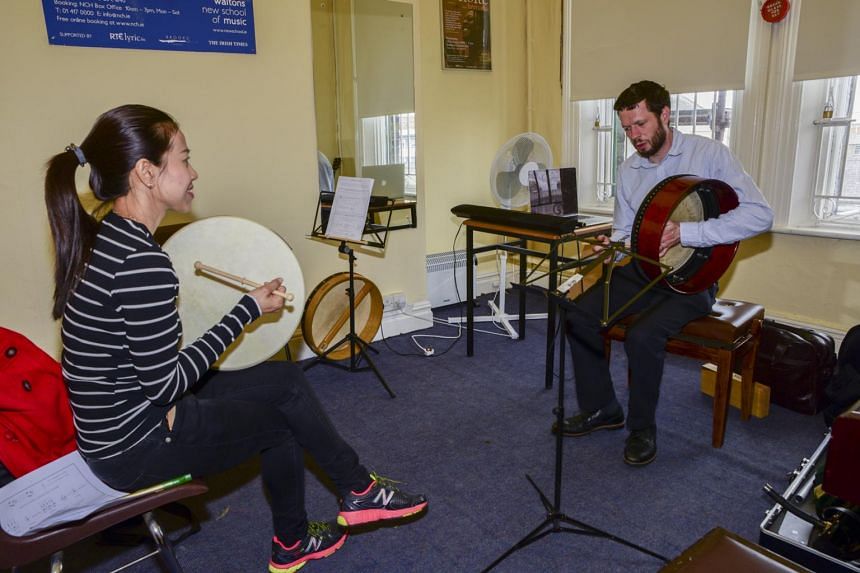 By that point, Ireland had been occupied and plundered by or subjugated to Britain for more than 700 years. Enough was enough. The Easter Uprising was intended to finally banish these colonisers.

By the time the British suppressed this 1916 rebellion, bodies had piled up across Dublin. Almost 500 people were killed in six days.

In the century since, dozens of Gaelic songs have been written about the Easter Uprising. Fortunately, a rousing event that occurred five years later provided Ireland’s musicians with far more uplifting subject matter.

In 1921, following the two-year-long Irish War of Independence, the Irish Free State was born. British troops withdrew from most of Ireland. The majority of the country was finally back in the hands of the Gaelic people who had lived there for 10,000 years.

A century later, Ireland has completed a stunning revival. When the British left, it was a nation riven by poverty. Now Ireland is the world’s third richest country, according to a recent report by Nasdaq, that placed it just ahead of Singapore and Australia in the top 10, based on gross domestic product per capita.

During Ireland’s rapid financial rise, it never lost its soul. Gaelic music and dance remained intrinsic to Irish culture. They are also central to its lucrative tourism industry.

Ireland is one of Europe’s popular travel destinations, thanks largely to two key attributes – extraordinary scenery and a rousing entertainment scene.

Perched on the western edge of Europe and flanked by the Atlantic Ocean, Ireland’s population is slightly less than Singapore’s, at 4.9 million people.

But it is spread out across a land area more than 100 times larger. Being so sparsely populated has helped keep Ireland’s countryside untamed and untainted.

Most tourists visit Ireland in search of this natural splendour and the live music scene, which centres around its drinking places.

Ireland’s pub culture is so famous that you would struggle to find a large city on the planet without at least one bar named O’Donnell’s or Finnerty’s. Singapore, alone, has half a dozen Irish pubs, from Molly Malone’s to Scruff Murphy’s to the Drunken Poet.

What those overseas Irish pubs often lack is what is known as a “session”. These impromptu Gaelic music shows unfold in pubs across Ireland every day.

They involve an ever-changing assortment of musicians. When one leaves the ensemble, another joins in. They may play anything from the fiddle to the tin whistle, as well as the banjo, bouzouki, guitar, flute, accordion or bodhran drum.

The drum has strong ties to Ireland’s long fight for independence. As a child, I didn’t realise the bodhran that hung in my family’s living room was used as a battle drum by Irish soldiers and freedom fighters. There is evidence of this occurring up to 400 years ago.

So I sought to learn how to play this drum on one of my visits to Dublin. In cities across Ireland, tourists can join group or one-on-one Gaelic music lessons when travel resumes.

My teacher, Eamonn Galldubh, was from a long line of Irish musicians and could play almost a dozen different instruments.

He made it look so easy, yet I struggled during our 90-minute class in the tin whistle and the bodhran at Waltons New School of Music.

Even my Thai wife put me to shame as she found an easy rhythm on the bodhran, which is about 60cm in diameter, with one side hollow and the other covered in taut goat skin.

When you strike the bodhran correctly, it produces a lovely, deep sound. It is easy to see why it once was used to rally Irish forces during their attempts to liberate the country.

Yet Irish people do not take their music too seriously. It is, first and foremost, a source of joy. Which is why the Irish so strongly encourage tourists to attend a session or take part in a Gaelic music lesson. Those tourists who do so are helping maintain a tuneful tradition that, for centuries, nourished the souls of a persecuted people.

By : Ronan O’Connell (An Australian freelance journalist based in County Mayo, Ireland) – THE STRAITS TIMES.