BANGKOK (REUTERS) : Thai authorities on Saturday (March 20) lined up shipping containers and barbed wire as barriers in Bangkok’s old quarter near the Grand Palace ahead of a planned anti-government demonstration.

“We have prepared officers to maintain order,” police deputy spokesman Kissana Pattanacharoen told reporters, but declined to say how many officers were deployed. Public gatherings violated laws to contain the outbreak of the coronavirus, he said. Police with riot shields were seen moving into the area.

The rally comes after Parliament this week failed to pass a Bill to rewrite the military-backed Constitution, one of the protesters’ main demands. A mass trial for protest leaders began this week against activists who were accused of sedition and insulting the monarchy. 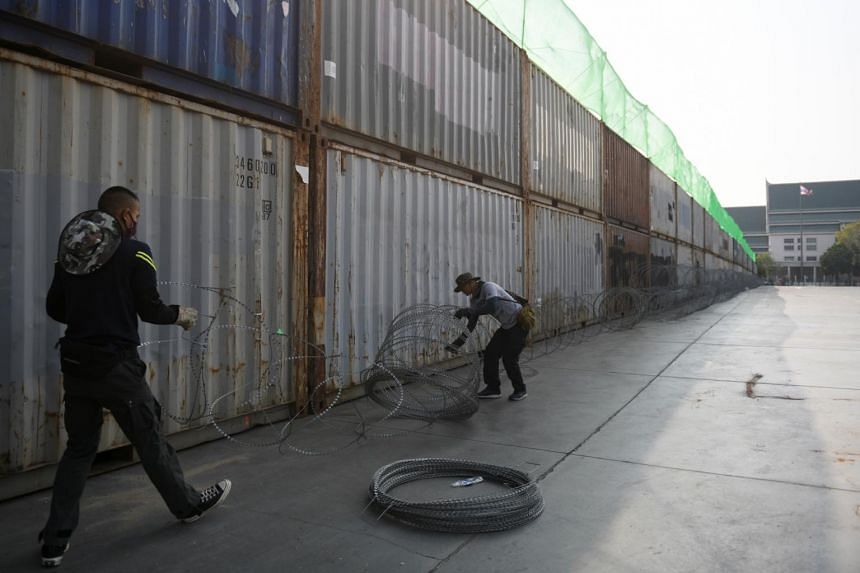 Activists on Saturday flew kites spray-painted with images of jailed protest leaders to call for their release. Thailand’s youth protest movement has posed the biggest challenge so far to Prime Minster Prayut Chan-o-cha.

Protesters say he engineered a process that would preserve the political status quo and keep him in power after a 2019 election. Mr Prayut has rejected that.

Protesters also broke a traditional taboo by demanding reform of the monarchy, saying the Constitution drafted by the military after the 2014 coup gives the king too much power.