A baby elephant which got separated from its family and was wandering close to the human population was rescued by the Wildlife and National Parks Department (Perhilitan) in Mersing, Johor.

According to the Perhilitan official Facebook page, the juvenile elephant, no taller than a grown man, had gotten lost and separated from its herd before it was spotted by locals roaming alone near the Kota Tinggi Highway on July 14.

Fortunately, the lost elephant was given a clean bill of health after a quick medical checkup.

It took several officers from Perhilitan’s Elephant Capture Unit to safely have the animal removed from the area and transferred to the National Elephant Conservation Centre in Kuala Gandah, Pahang. 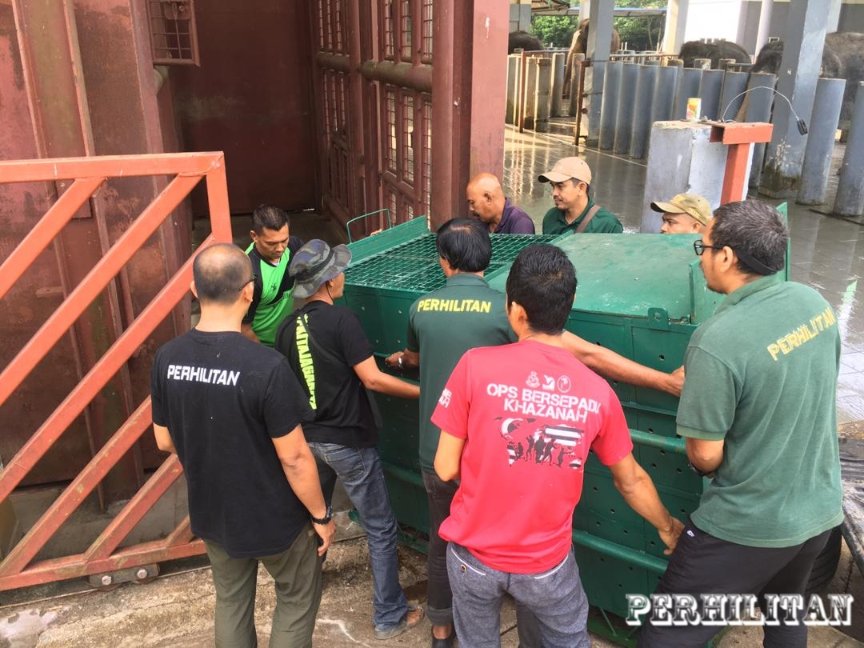 The baby elephant being transported into its new enclosure.
(Facebook/perhilitanofficial)

The baby elephant being transported into its new enclosure.
(Facebook/perhilitanofficial)

The operation which apparently took the whole night had Perhilitan officers escorting the elephant into what appears to be a temporary holding container so it could be transported with ease.

The baby elephant now lives safely within an enclosure next to other elephants within the conservation centre where it is being rehabilitated before presumably returned to the wild.